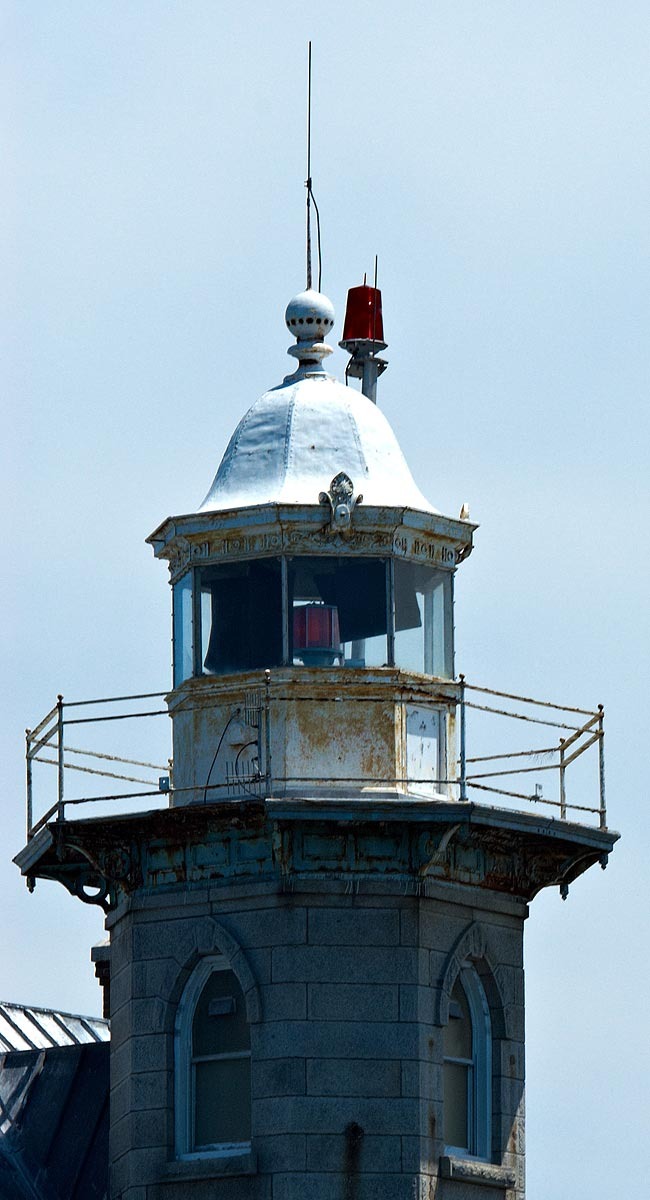 Hunt for Game Fish
- Above & Below Water 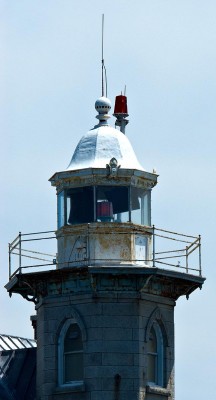 I met up with Captain Wayne Wood at Barn Island, Stonington, CT

After transferring my equipment to the “4-ME”,  a 27′ Conch center console, we shoved off with high hopes for a productive day of filming, diving and fishing around Fishers Island and Race Rock. 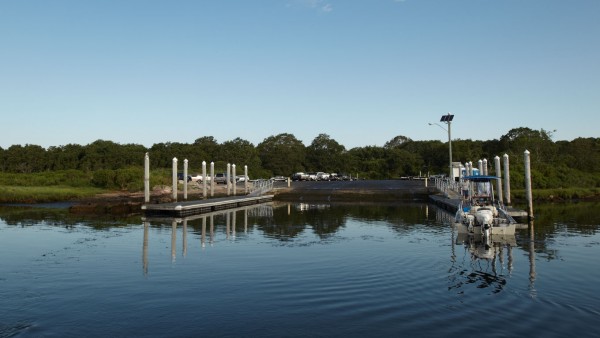 The fog lifted revealing cyan blue skies and only the slightest ripple on the water. 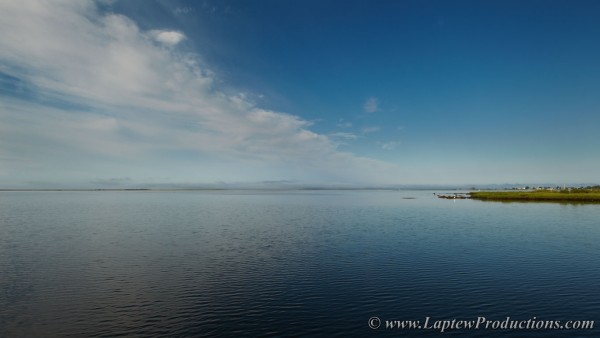 Despite the fact that the Pawcatuck river was loaded with grass and algae we set our course for Fishers Island with hope of finding clear water for filming. 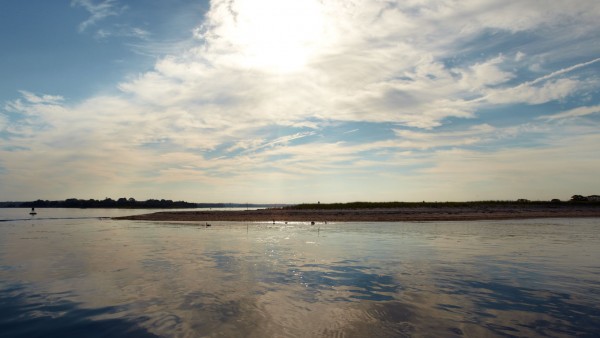 Sandy Point at the mouth of the Pawcatuck River 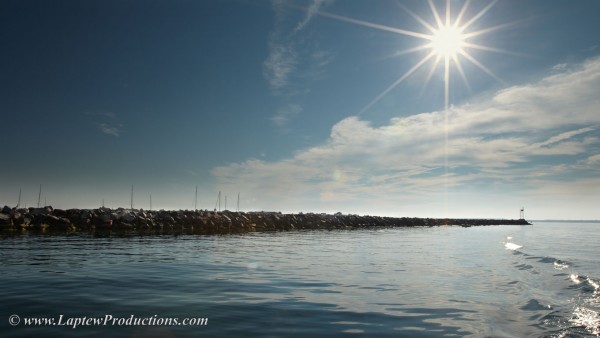 We reached the island only to find a huge bank of fog moving in our direction.

Even worse was the fact that the water was fouled with weed, algae and sediment…it was filthy.

We plowed through the weeds and fog and when we arrived at the west end of the island the skies opened up and the water was somewhat clearer.  Along the way we drifted for fluke and picked up a couple of  scup and some short fluke.  Small bluefish feeding on tiny rain bait or juvenile sand eels kept the terns busy, but they were too small to bother with. 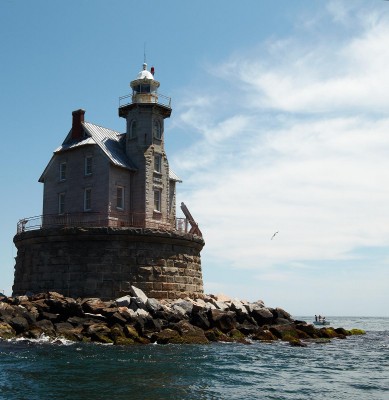 Located just off the coast of Fishers Island, Race Rock and its Lighthouse is the gateway to a stretch of turbulent water known as “The Race.”  The lighthouse was completed in 1878 and went up for auction to the highest bidder last year…I haven’t been able to determine the outcome of the bid.  The lighthouse is reputed to be haunted by the souls of workers lost in an explosion that occurred during the building of the light and by the many seamen that were lost on her shoals.  Today it’s a magnet for fish seeking a reprieve from the current and for the tautog and baitfish that seek protection in the 10,000 tons of rip rap that make up her foundation.

The Race lies between Fishers Island and Little Gull Island, a distance of about four miles.

The tide can rip up to 4 knots in this area so pick your stage of the tide carefully.

When the butterfish return to this area it becomes a hot spot for bonito and false albacore. 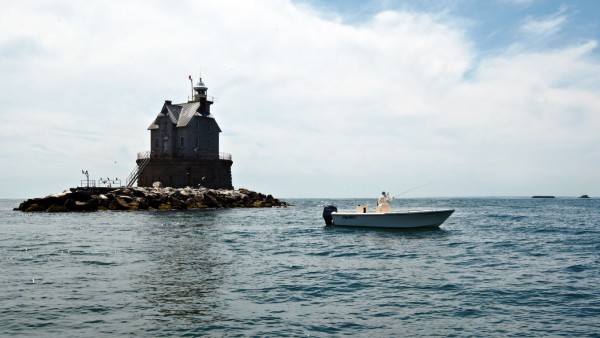 Little tunny are a blast on light tackle and this is one of the premiere locations to hunt for them. 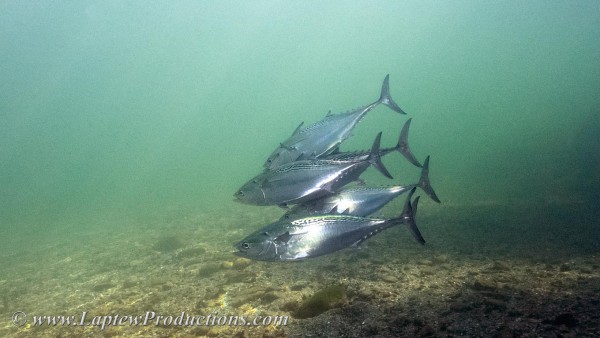 A hunting party of false albacore travel in tight formation

Slack tide drew everyone to the rock like bees to honey: The Coast Guard attempted a landing while they glassed Gull Island at the end of the Race four miles away and a boatload of freedivers were back in the boat after drift diving the light looking to spear stripers. 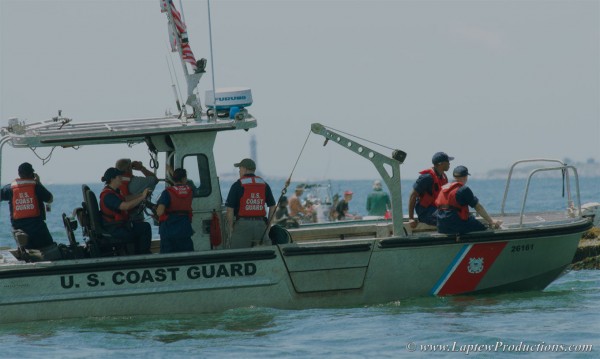 Bait and birds were tight to the rocks and so was this fly fisherman who kept dropped  his fly  into the wash.

The fish seemed to have lockjaw, but we’ll be back when the bonito and false albacore return in a couple of weeks.